Who We Were and Are

Whiteinch & Scotstoun Housing Association Ltd. is a Charity Registered in Scotland, registered with the Financial Conduct Authority and the Scottish Housing Regulator, and controlled by a Committee of Management which includes local tenants and home owners.

The Association had its origins in two local community groups: the Whiteinch Housing Action Group and Scotfore.  The former was established in 1975 with the express aim of 'retention of the community' in the face of demolition of houses and shops brought about by the Clyde Tunnel and the clearance policy of that time.  The latter organisation (Scotfore) was set up round about the same time to coordinate a large environmental improvement project in Scotstoun.  These two bodies formed the basis of the original membership of the Housing Association which was formally constituted late in 1977.

Our first Housing Action Areas were declared in 1978 and steady progress has been made thereafter.  Following the transfer of the former Whiteinch Glasgow Housing Association stock in June 2011, and our development in Fore Street we now have just over 1300 properties for rent.

Through our subsidiary company, WS Property Management Limited we are also responsible for delivering a factoring service to around 600 owners of domestic and commercial properties in the area.

The quality of the product has always been important to the Association and to the residents - and it is quality which has been recognised by others.  The Association has collected numerous architectural design awards - from the Saltire Society, the Scottish Civic Trust, Glasgow Institute of Architects, RIBA and RIAS.

In 2012, At the Scottish Design Awards, our Fore Street development won the ‘Affordable Housing’ category and received a commendation in the ‘Regeneration’ category; it also won a Royal Incorporation of Architects Scotland  award in the ‘Residential’ category and at the Scottish Home Awards, the project picked up the ‘Small Affordable Housing Development of the Year (Housing Associations)’. 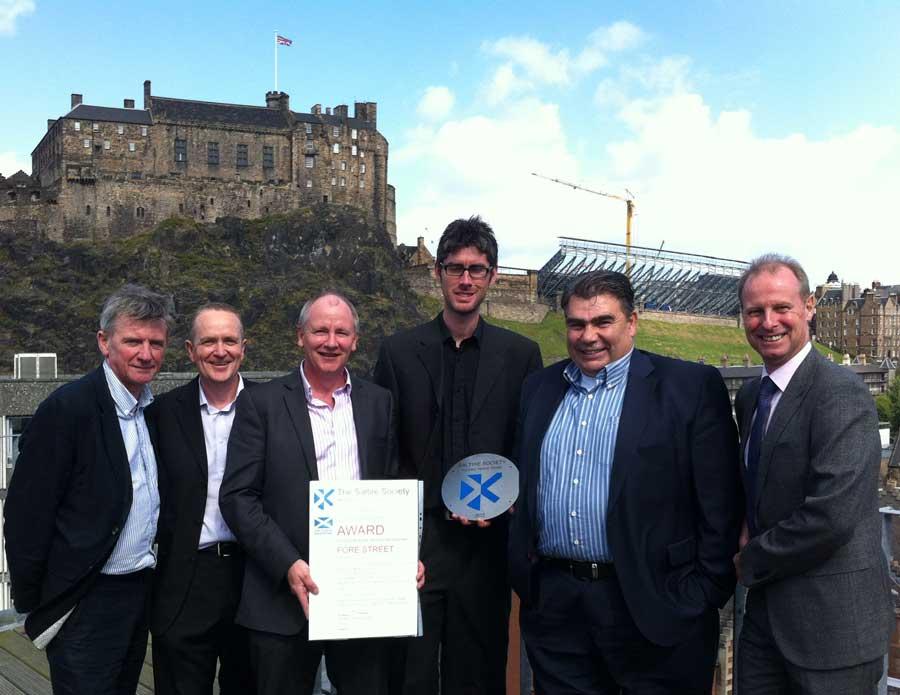 Later in the year we also won a Saltire Award and received a commendation in the ‘Residential’ category at the Glasgow Institute of Architects awards.  Finally, at the Andrew Doolan Award for the ‘Best Building in Scotland’, Fore Street was one of only five developments in the whole country which received a commendation.  The award ceremony, which was held at the Scottish Parliament, is regarded as the biggest and most prestigious award in Scotland and Fore Street was the only housing project to be shortlisted.  This was a major achievement for the scheme and the Association.

Care in the Community

The Association has a number of projects and referral arrangements whereby it helps to maximise the opportunity for individuals who need support to live within the Community. Tenants with learning difficulties, mental health problems, and those who have a (previous) history of drug or alcohol dependency have been able to leave institutional care and lead relatively independent lives.

The Association is totally committed to the Wider Action agenda and has targeted resources to explore and provide funds promoted by various Government initiatives.

The Association, working in partnership with the Whiteinch Community Association (WCA), acquired the site of the old Neighbourhood Centre on Dumbarton Road, and built homes, offices, workspaces and our community facility, the Whiteinch Centre.  The Centre has it’s own website www.whiteinchcentre.org.uk where you can see its range of activities. The contact telephone number is 0141 950 4434 to find out more.